I always ‘thought’ I might like French Onion Soup, but I never made an effort to order, or looked into making it to give it a good try. So my sister this past weekend was talking about how she made it and it made me crave it…go figure craving something I never even tried!

So on my weekly grocery trip to the store, I decided to pick up the items I needed. Let me start by saying some things you can get away with different brands but other things you just ‘have’ to buy a certain brand. Like Cheese for example…Land O Lakes White American Cheese just doesn’t compare to other cheeses.

So these are the ingredients I used that I recommend cause I would definitely make this again:

First, I heated up my french onion soup in the microwave as instructed for 3 minutes. 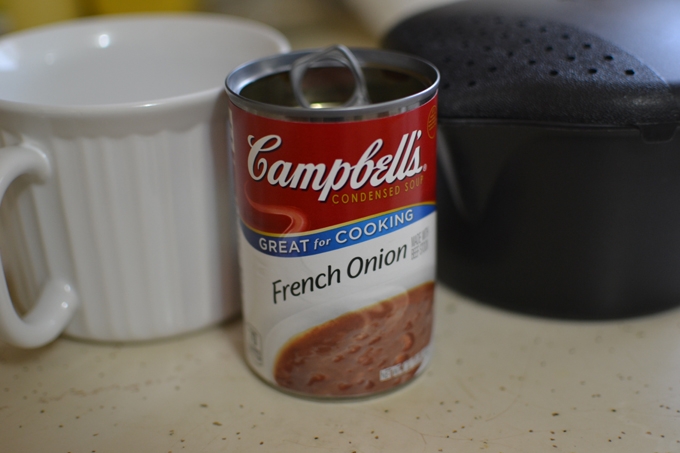 Then I poured the cooked soup into an oven safe glass ramekin type mug. 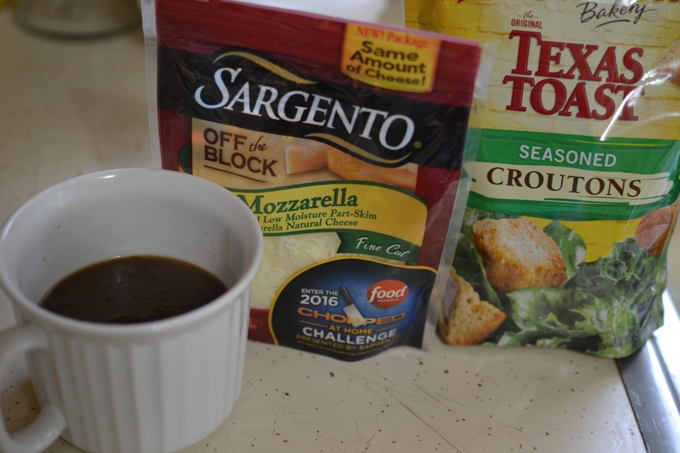 I put about 11 or so croutons on top… 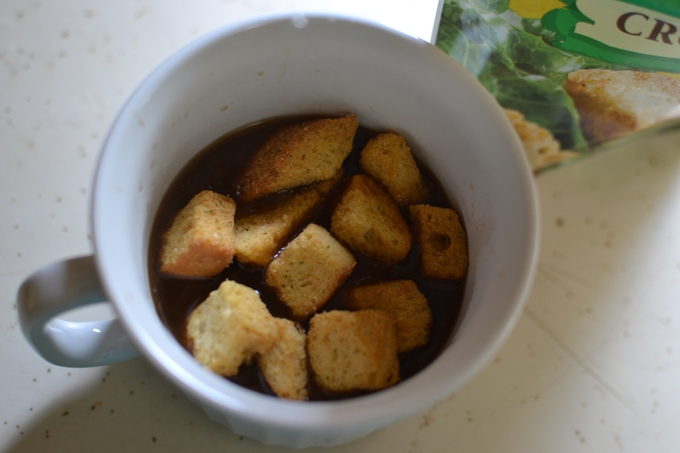 …then a handful of mozzarella cheese to cover the top completely. 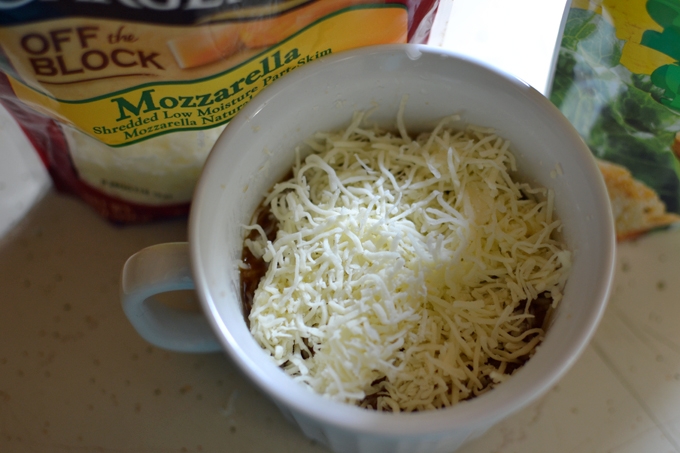 I stuck the mug into the broiler on low then high thinking that it would melt the cheese in a way that would brown it on top quickly so that the croutons remained somewhat crispy inside. 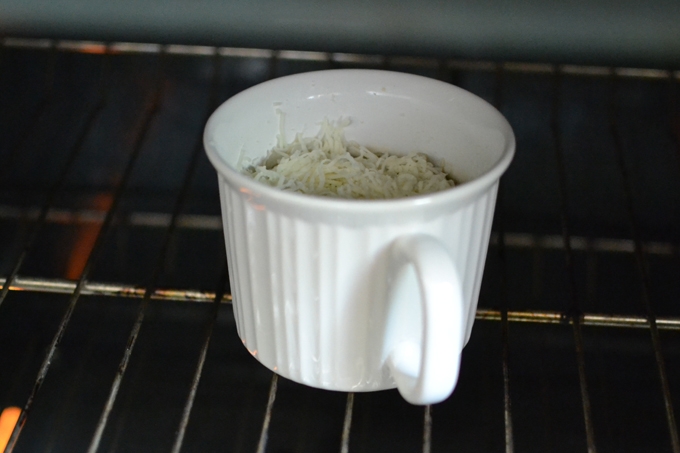 This didn’t happen, I ended up pulling out the mug as soon as the cheese melted because I had visions of an exploding mug in my oven! Does oven safe mean broiler safe? XD

So once I took it out, I gave it a try and hands down, I would make it again!  As I ran out of croutons to eat, I added some more to my soup to finish the soup and the cheese that were left. 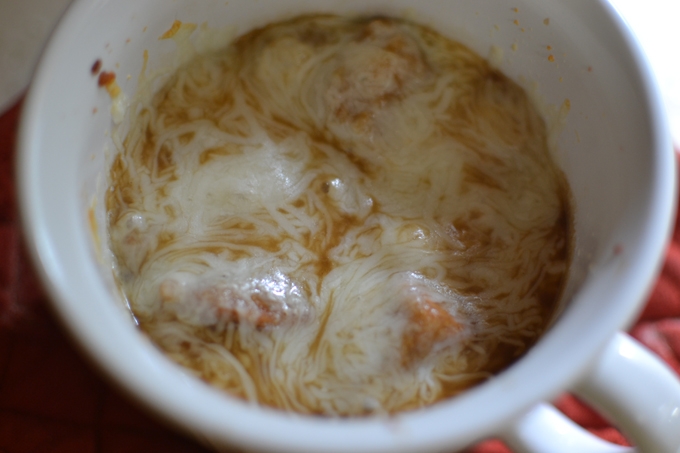 How to Hang a Wreath On A Wooden Door