There were 4 birthdays at one party this past weekend and time got ahead of me so I needed to give money as gifts since there wasn’t time to go out and find a present. I don’t mind giving money, but I wanted to give it a special way so my first thought was finding some tutorials on origami with money. So I expanded on that idea.

I made 2 different hearts out of $20 dollar bills. 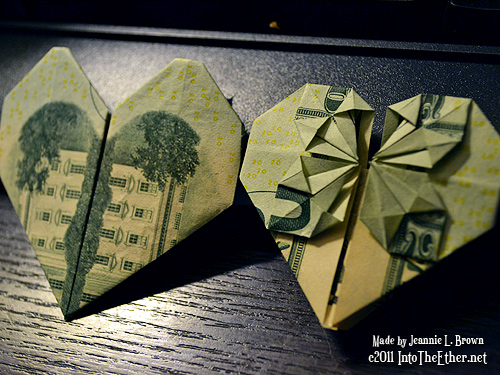 And I made an assortment of clothes and accessories out of 21 dollar bills (which i’ll expand on why later in the post). 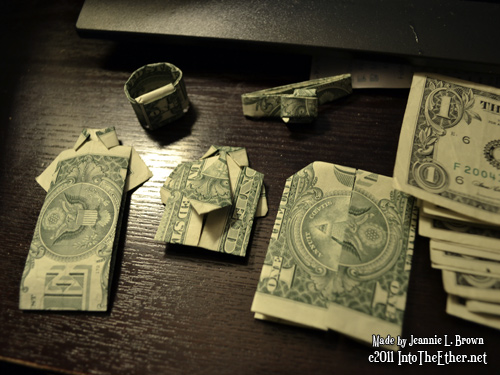 [ Here is the link to the money origami tutorial that I found to make all of these. ]

So for the first two gifts, I wanted to have something to encase the origami hearts into so I knew I needed to use craft plastic or sheets of acetate which I had on hand. I used my cuttlebug with Spellbinders Nestabilities Small Circle Die cuts and proceeded to cut out 2 circles per ornament. I printed out the sentiments on my printer and used 2 sizes of circle punches for the printout and the mat for it. Then, I placed the acetate together and punched holes through both circles at the same time all the way around to give me holes to lace the small ribbon I also had on hand through to hold all of it together. The sandwich for the ornament was: Acetate circle, sentiment (that I wrote the ‘from’ on the back, Money, 2nd Acetate circle. Then I laced the ribbon all the way around leaving a tail and a leading length so that I could then knot that into something to hang it with. 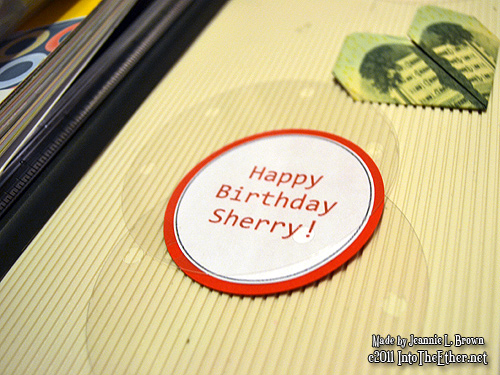 I didn’t take a final picture of the red one. Here is the pink one that is completed. 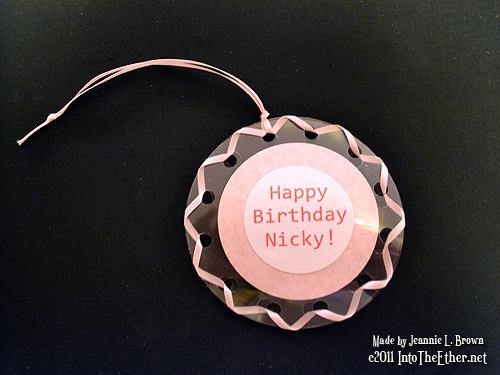 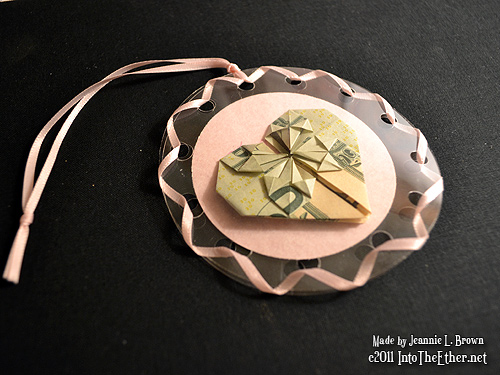 This was the more intricate heart origami design which I really like. 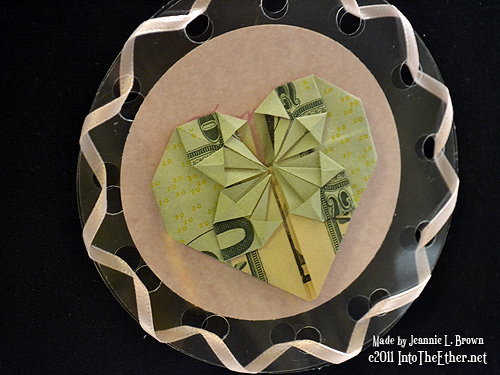 For my nephew turning 21, I went to the bank and got 21 $1 dollar bills. I know he likes certain brands of clothing and starbucks, so I thought it would be funny to make little shopping bags for each of the stores and put folded origami clothes into each bag with small pieces of tissue paper. 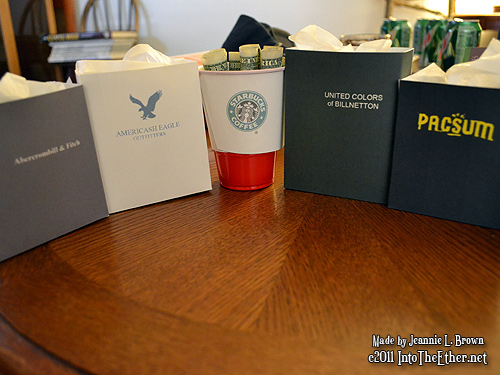 I found a template online for a gift bag and used that to create these in photoshop.

For each store, I changed in photoshop the name slightly to include a money word: 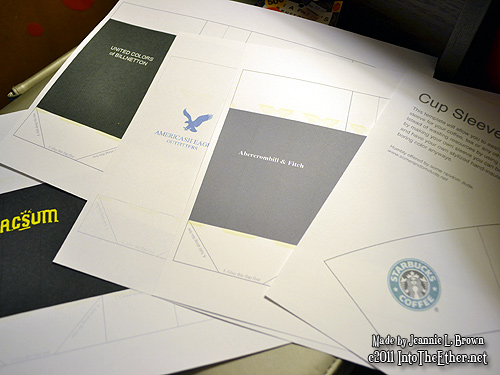 Then, I printed them, cut them out and glued them all together. 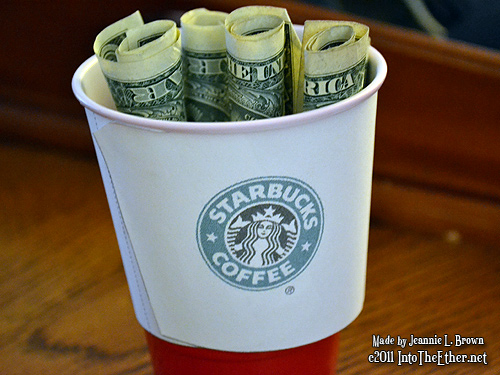 The cup was a bit lacking cause I didn’t have a white cup to put this sleeve around but I figured it would be okay.

Here is a close up of the bags with the small pieces of tissue paper inside.

Surprise! A shirt inside!

This shirt was a bit more intricate to fold with the tie in the front but worth documenting as I only made one of these. Hehe!

They all had a laugh when opening/seeing the gifts so I’m very glad to have done it for them.

Done is Better Than Perfect – Advice from Lavendaire

A Hike Through The Woods